Using dehumidifier helps a lot in reducing humidity in your home to comfortable levels. Dehumidifiers come in different capacities, designs and functionalities. You might wonder how many rooms your unit can dehumidify. What if you need it to dehumidify a large area like your house? Can one dehumidifier do multiple rooms?

In case of a whole house dehumidifier sized according to square footage of your home, variable of airflow is not a problem usually, as it is mostly embedded with the HVAC system of your house.

But in case you have a stand-alone room dehumidifier, what this article is mostly about, and you are wondering whether it would work for multiple rooms, there are several variables that have to be taken into consideration.

Worry not, I will discuss most of them, so in the end you are able to decide if specifically your dehumidifier and configuration of rooms allows you to dehumidify more than one rooms.

How To Decide If Your Dehumidifier Can Do Multiple Rooms?

Deciding whether one dehumidifier unit is enough for more than one rooms depends on several factors and variables.

Worry not, I will discuss most of them, so in the end you are able to decide if specifically your dehumidifier and configuration of rooms allows you to dehumidify multiple rooms with a single unit.

What is Size or Capacity of Your Dehumidifier Unit?

When I talk about capacity of dehumidifier, it is not its ability to store water that I am referring to.

In fact, dehumidifier capacity is the amount of water extracted by the unit from the environment in a particular interval of time.

As a standard, dehumidifier capacity is the amount of water, measured in pints, that it extracts in 2 hours at a temperature of 65°F and relative humidity 60%.

Note: Standards for sizing dehumidifier were updated in 2020. Previously this testing was performed with temperature of 60°F and relative humidity 80%.

When considering only the space of single room, calculating size of dehumidifier unit is easy. If you like to know more about it, I have discussed a very simple approach to choose right dehumidifier size in this article.

However, we are trying to go one step forward i.e., using it for multiple rooms. In this case, you cannot get the exact value as there will be estimation.

The reason is that a room dehumidifier unit is sized for a single continuous space, without partitions, not more than one rooms connected in some way.

The general method to calculate dehumidifier size may work for multiple rooms, by using their combined area as if they were a single space, but a larger sized dehumidifier would of course be better in this situation. The is due to obstacles and partitions that limit airflow in between rooms.

So how large sized dehumidifier are we talking for multiple rooms…

Greater the size of dehumidifier, compared to what is required for combined space, the more is the chance of dehumidifying multiple rooms sufficiently.

However, this is one of many variables.

Even very large dehumidifier than required size might not dehumidify multiple rooms.

While in other scenarios a little bit larger or even same size you get from the standard method might be enough.

For getting a complete picture and coming to a definite conclusion, you will have to take other upcoming variables into account too.

How Do Rooms Connect With Each Other?

The way rooms connect with each other, their structure and configuration will directly impact active air movement in between rooms.

The less the obstacles and hinderances, the greater will be the effect of dehumidifier in other room by free air movement in between them.

There are many ways rooms can connect with each other. But you can classify them in general common categories. This will help to come to a conclusion whether your rooms configuration allows you to use one dehumidifier for multiple rooms.

They are attached with each other in such a way that only partition between them is a wall that has a connecting door. You move in the second room after entering first room.

If your goal is to dehumidify two rooms with one dehumidifier, this is the best configuration that could work.

The reason is the reach of air from the first room, that has dehumidifier running in it, to the second connecting room. Air moves from first room to second room with no loss in between by any gap.

Compared to one big room with no partition, the only difference is hinderance offered by one big wall.

Moreover, you can improve accessibility of dehumidifier unit even more by improving airflow by other external methods.

I recommend using a simple box fan that helps pull air from the dehumidifier room. In fact, I selected one for you. Click here to look at specifications.

There is more about artificial air movement techniques in the next section.

Adjoining Rooms are either next to each other (with no connecting door) or they are rooms across the hallway.

In this case, there will be no or negligible active air movement in between rooms. Even with additional aids one unit will just not cover it all.

The only scenario in which dehumidification effect could be partially transferred in the second room is if there in only small space in between two rooms and it connects only these room.

What is Equivalent Area of Rooms You Want to Dehumidify?

Using a dehumidifier that is small for a space, even for a single room, will cause insufficient dehumidification at an expense of a lot of energy, let alone using it for more than one room.

This is due to the fact that a smaller than required capacity dehumidifier will work continuously, never being able to achieve target humidity levels, and never turning Off.

You might ask can a dehumidifier be big for a space?

Yes, it can be and this might be a good thing or bad (you can know more about this in the linked article)

Recommended Read: Can a Dehumidifier Really Be Too Big For a Space?

But I highly doubt that a dehumidifier is large sized in case of multiple rooms. Most probable scenario is that it is either enough, less effective or not effective at all.

There is a limit after which you can decide that your dehumidifier may or may not work for multiple rooms.

That limit is standard sizing for a single space i.e., at least enough sized unit for a single room that has hypothetically an area equal to combined area of multiple rooms.

This is least dehumidifier size you can make to work.

I know there is a lot of estimation. But the reason is that we are going against the convention here. So you will not know the exact pint capacity of dehumidifier in this case as they are tested by manufacturer for one room only.

By the way, by equivalent space of rooms I simply mean their combined square footage area.

Experts also recommend that even for a single room, it is better to buy somewhat bigger unit than required.

How Many Rooms Do You Want to Dehumidify?

This is the next big question after capacity and rooms configuration.

Generally, if you take all the variables I talked about here into consideration and it seems OK, 2 rooms could work and have sufficient dehumidification with one unit, but more than 2 rooms would be too much.

The only case when you may be able to go higher than that and make dehumidification possible is when partition in between rooms is almost negligible.

This of course could be considered only if your dehumidifier is at least of enough size for equivalent area of rooms. Also, as I said before, this is neither a convention nor a standard but just an estimation because the unit is designed for singular continuous space.

How To Assist Your Dehumidifier with More Than One Rooms?

Despite the fact that it is always more effective to use a dehumidifier in each room, sometimes it is not a bad idea to use only one.

In either case you can use following tips to maximize dehumidification:

Firstly, open the door in between connecting rooms completely to allow active airflow in between them and get rid of any restriction that inhibits air movement to other room.

Increase air movement by using external appliances like fans to push air in between rooms. This will regulate airflow and enhance reach of your dehumidifier.

You can use a box fan in the doorway of rooms for this purpose. It is cheap and effective. You may use this one I selected for you. 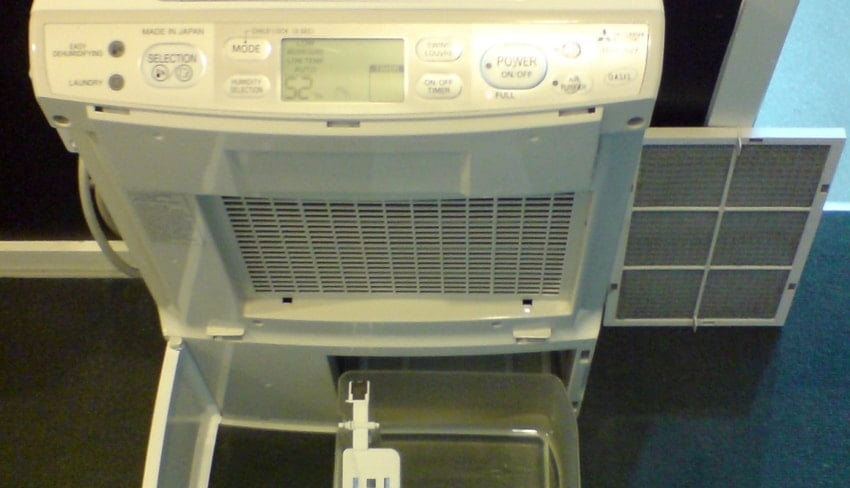 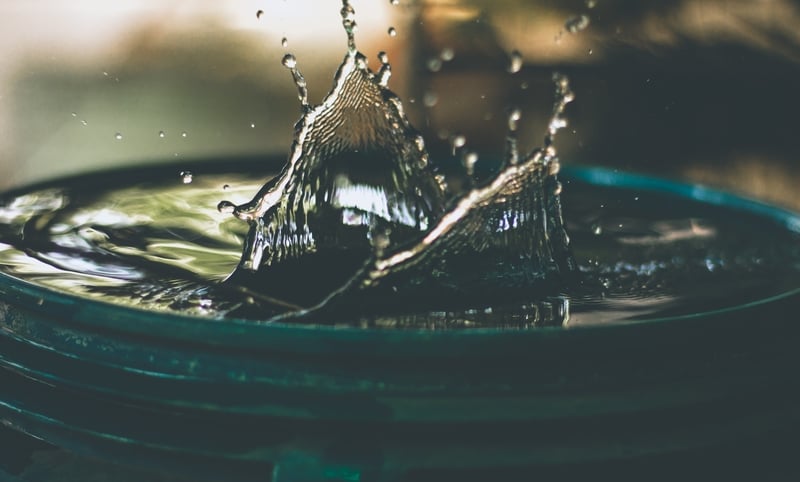