Refrigeration system generally operates by the 4 major components namely compressor, condenser, expansion valve and evaporator. We use them all in a series to transport heat from low temperature zone to high temperature zone.

But if we have multiple zones which have to be cooled. In this case refrigeration rack system performs better compared to traditional refrigeration system.

Multiple compressor attached allow variable cooling instead of simple turning on and off.

There are cases when refrigeration required is less or with time its requirement is decreased. In this case some of the compressors may be turned off while the other are kept in operation to vary refrigeration in evaporator coils.

A brief working of the processes included in basic refrigeration cycle i.e. vapor compression cycle are provided below:

After compression high pressure and high temperature fluid is allowed to move into condenser. Condenser plays the role of removal of heat from the refrigerant at high pressure.

The heat removed from the refrigerant theoretically neither affects pressure nor temperature. Thereby in theory condensation is isobaric (constant pressure) as well as isothermal (constant temperature).

Throttling or expansion process allows decrease in pressure and temperature of the refrigeration after passing from throttling valve.

Evaporator is actually the output section of the refrigerator or air-conditioning system. It is the component that accounts for the refrigeration effect produced by the cooling system.

Theoretically evaporation is isothermal as there is no change in the temperature of refrigerator. Refrigerant boils during its movement through the evaporation coils.

How a Refrigeration Rack System Works?

In other words in this type of refrigeration system compressor and condenser are not combined together in a single unit.

All the compressors are contained in a single room called the machine room while the condensers are fixated on roof tops for sufficient air flow to remove the heat from the condenser coils.

Major Components of Refrigeration Rack System and their Working

Using multiple parallel compressors in the rack are very useful. As they allow variable operation of refrigeration depending on how much cooling power is required.

Hence in the above case by use of three compressors in the rack it would provide cooling operation at 0 percent, 33.33 percent, 66.66 percent and 100 percent.

Using multiple parallel compressors with uneven compressor values is even better as it allows more diverse configuration of compressors.

Thereby we will get maximum variation of cooling power when using uneven multiple compressor rack.

This is especially important in the scenario when food is transported on a truck or other delivery vehicle and it is somewhat warm in the beginning. Hence it requires more cooling power initially when delivered to sellers’ area. However with the passage of time as the desired cooling temperature is maintained the cooling power is reduced for an efficient operation.

The cooling power is adjusted by the use of microprocessor controllers. They accurately adjust the operation of compressors depending on the requirement of the cooling power.

The cooling power is adjusted by the data received by pressure and temperature sensors recorded throughout the system. The most critical data is the pressure at delivery end of compressor and the temperature in the evaporator.

Refrigerant pipes are carried in trenches underneath the floor or overhead using hangers. Proper insulation is necessary to prevent electrolytic action i.e. contact of copper with concrete etc

Water is developed in the refrigerant coils during the operation of refrigeration. Thereby it must be removed periodically.

For that purpose liquid line dryers are used to remove water from the system. They are replaced periodically depending on the operation as a preventive measure.

Lubrication oil during compression is carried away with the discharge gas.

The oil separator plays the role of separating oil in the discharge gas and returning it to the crankcase.

Subcoolers allow the decrease in temperature of liquid refrigerant below the saturation temperature. This is done to decrease the amount of flash gas through the expansion device located before the refrigerated case.

Massive amount of refrigerant travel from the compressor room to the individual refrigerated cases. These coils have temperature and refrigerant superheat controllers.

The purpose served is the same as in traditional refrigeration system. It expands refrigerant at high pressure into low pressure and low temperature refrigerant. The most of the content of the refrigerant after passing through the expansion valve is in liquid state due to loss of excess internal energy.

These valves are controlled by separate case controller that receives temperature and pressure data from the coil.

They receive data continuously from the coil sensors and regulate following:

There are several configurations and settings that can be attained by using refrigeration racks. It definitely depends on the requirement and convenience of operation that which type is best for you.

Some may consume more energy while some may be more expensive depending on the components. A few are discussed below:

It has multiple compressor each dedicated with its own condenser. The compressor with corresponding condensers are located outdoor.

The major merit of this system is that single fan failure will only affect the respective compressor attached to it.

The condenser system is fitted outdoor while the compressor rack is located in the machine room.

This system is highly useful for large vertical distances and long live runs.

This multi-compressor system is a popular supermarket refrigeration system.

Parallel systems adjusts the compressor operation based on the refrigeration load. Increment of load results in increasing number of compressors operating. When load decreases compressor functioning is reduced.

This type of system features a minimal number of compressors working together to service a maximum number of fixtures all sharing one common refrigerant bank.

It is designed specifically when the location decided for refrigeration system is indoors.

This system uses water as a cooling source and in fact is more efficient in rejection of heat as compared to air-cooled systems.

Specifically glycol is a short form for propylene glycol that is an antifreeze. The major use of this system is in beverage industry.

For oil leakage look for the black oily type substance at the location of refrigeration system.

The oil for the operation of compression also called the refrigerant oil. It circulates with the refrigerant. Hence in a way oil is a convenient factor for tracing the location of leak.

Oil sprays out of the places with refrigerant leak with the residue that is pretty noticeable.

In rack refrigeration system an extensive amount of refrigerant flows through refrigerant tubes going through processes of compression, conduction, expansion and evaporation. Then the refrigerant is dried and sent to the compressor after the extraction of water.

Refrigerant leak could cause in lowering the quantity of refrigerant flowing through the system. This may result in deterioration of the operation of refrigeration. Eventually decreasing in performance with time and generating less cooling power.

Refrigerant leaks are very hard to trace and require some experience to be detected. Major reason is the fact that leakage happens in the gaseous state.

Three methods (air-conditioner-selection.com) can be applied to detect it faster and with more convenience.

Refrigeration Rack System is the modification of traditional refrigeration system. It consists of multiple compressors piped together connected to multiple refrigerated cases to provide more efficiency, more effectiveness and cover less space in large refrigeration requirements. It is sub-classified into several configuration from which you can choose depending upon your requirements. 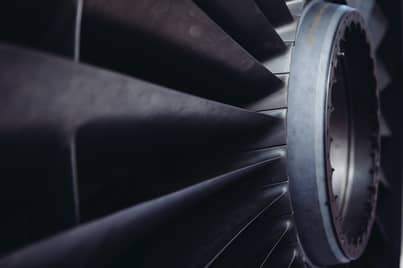