Generally most of the refrigeration system use vapor compression cycle. They involve a low boiling point refrigerant that goes through processes of compression, condensation, expansion and evaporation. It changes its phase during some of these processes.

Aircraft use a similar refrigeration system except that they take use of excess air speed and pressures during their flight. One such system is called bootstrap air cooling system.

Bootstrap refrigeration system is not compatible with low speed transportation means. The flow rate of the air must be very high to extract the heat energy. If the air flow speed is not high enough then bootstrap cooling is not effective.

The use of air as the refrigerant as well as the means to reject excess heat makes the system convenient and easy to design. The air used as refrigerant is abundantly available in the atmosphere. The system can even bear trivial leaks as it is an open loop system. In open loop system working fluid is refreshed after completion of every cycle.

Simple aircraft refrigeration system employs an external fan that results in the movement of air through the system. It is useful and applicable in ground air conditioning of the aircraft i.e. when it is stationary.

Initially by the operation of fan a flow of air is developed. The air is compressed by ram to ram pressure. This process is indicated from 1-2. Theoretically this compression is isentropic represented by straight line from 1-2′.

The air at ram pressure travels to main compressor where it is compressed to higher pressure indicated by 2-3. Theoretically this process is also isentropic and indicated by a straight line 2-3′ on T-s diagram.

Extensive amount of air is compressed and delivered to combustion chamber after which it expands in the gas turbine. However a fragment of air is bled from main compressor.

The compressed air after it is cooled in the heat exchanger is routed to cooling turbine. Here the air expands in turbine and the temperature is dropped sufficiently after which it can be sent to passenger cabin.

The process of expansion of air in cooling turbine is represented by line 4-5. 4-5′ represents this process theoretically. 4-5′ is a straight line hence it represents isentropic process.

What is Bootstrap Air Cooling System?

Bootstrap Air Conditioning System is not effectively operable when the aircraft in on ground. It is operable only when the plane is flying at altitudes. The reason is simple as explained previously; bootstrap system requires high speeds of air as it does not have a cooling air fan. Thereby for bootstrap system to work you will require high relative speed of system and ambient air.

The figure provided below represents bootstrap air cooling system. it is actually a modification of simple aircraft refrigeration system. It consists of two heat exchanger and a secondary compressor.

The heat of compression is released by using two heat exchanger in bootstrap system and air is compressed three times.

Initially ambient air is compressed by the ramming of the air to ram pressure. It is represented by line 1-2. Theoretically the compression is isentropic. The air at ram pressure then flows to main compressor where it is compressed to be sent to combustion chamber and eventually to gas turbine.

The cooled compressed air from first heat exchanger is delivered to secondary compressor where it is compressed again from 4-5. Theoretically this process is isentropic in nature.

The process of expansion of air in cooling turbine is represented by line 6-7. 6-7′ represent the process theoretically. It is a straight line hence it represents isentropic process.

Bootstrap Air Conditioning system uses air as a refrigerant or working fluid. Air is available very abundantly in the atmosphere. The cost of refrigerant thereby in bootstrap system is zero.

Air as a refrigerant is not dangerous in case of leakage. We surround it in the atmosphere. It is not poisonous or inflammable hence trivial leaks are not alarming in bootstrap system. In fact they do not affect the operation of refrigeration that much.

Lower Weight Per Ton of Refrigeration

The air is mixture of gases and very light to be used a refrigerant. Large refrigeration system require enormous amount of liquid refrigerant when they are operating using vapor compression cycle. Due to usage of air as working fluid the weight per ton of refrigeration is highly reduced.

The less weight of refrigeration system makes a huge difference in aircraft. The lower the weight of the accessories attached with the plane, the better.

Bootstrap cooling does not require any evaporator with evaporator coil in which the refrigerant flows and the air interacts with it externally. In bootstrap system there is no requirement of evaporator as it is an open refrigeration system, in which refrigerant is refreshed after the completion of every cycle. Air is used as a refrigerant and directly delivered into the passenger cabin.

Simple Design Due to Low Pressure

The overall pressure in the system and pressure locally at individual points remain much lower as compared to other refrigeration cycle like vapor compression cycle. Thereby the design of components is comparatively easier and simple avoiding complications and high differential pressures.

The phase of the refrigerant (air) is not changed during the entire cycle. This adds massively to the simplicity of the system. This makes it very easy during the charging of the refrigerant, which in this case is refreshed after each cycle. Further no phase change allows the system to operate even when it is operated far from design conditions.

Despite impressive temperature differences, it also allows necessary pressurization of the passenger cabin required in the aircraft.

Bootstrap system use air as the refrigerant. In general they have very low coefficient of performance compared to other cycles using refrigerant that change phase during the refrigeration.

Despite low weight per ton, air refrigeration system has large-sized components to control the flow of air. This can be a unfavorable factor during handling or transportation of components.

The moisture in air could freeze the lines of the system. This condition is called frosting. The reason why frosting occurs in air refrigeration system is because there is no control of the quality and moisture content of the refrigerant (the refrigerant is ambient air).

Dust and Pollution in Air

The components of bootstrap air conditioning system have to be serviced in a routine. They have to be checked for maintenance as cycle is open type. This means components of the system are exposed to dust particle in the atmospheric air delivered at the inlet.

Aircraft use air refrigeration cycles because at high altitudes and high speeds air is abundantly available at high flow rates.

Specifically Bootstrap Air Cooling System is the modification of Simple Aircraft Cooling Cycle. It uses two heat exchanger and air is compressed three time before it is delivered for expansion and eventually to the passenger cabin. 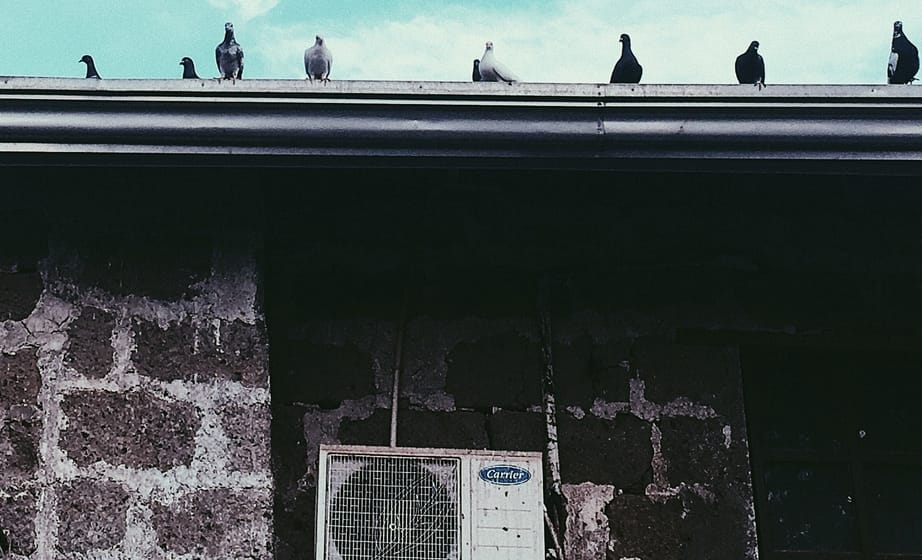